in search of the perfect wave

Owner and chef Yuji Horii was born in Tokyo, Japan, and came out to Los Angeles in 1978 with a love of surfing, beaches, American music and culture. In Los Angeles, he regularly made sushi for Hollywood's entertainment elite, becoming the leading sushi chef for many of the industry's top movers and shakers at Teru Sushi in Studio City. He opened his first restaurant in 2000, Banzai Sushi, in Calabasas. It quickly became the favorite sushi restaurant in the area, with regulars ranging from Stevie Wonder, the Kardashians, the Osbournes to the Van Halens. Banzai Sushi was awarded to be on the prestigious Michelin Guide at that time.

In 2013, Yuji decided to take his craft out to Ventura, whose beaches and community he has always loved. His new venture, Banzai Marina, opened in 2013 in the previous space of Sushi Marina. Chef Yuji Horii works to blend Ventura's historic restaurant with his own spin on traditional Japanese and modern Southern California cuisine. 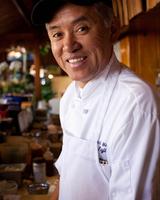 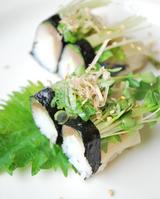